Sealing the Deal, with a Chop

2015-12-19 - Csymbol has moved ordering the chops mentioned below to a new website, ArtChops. The original site exists still as well. Links and text below have been updated to reflect the new site, where applicable.

In the old days, even before the fountain pen was even being used, people in the West used seals to help authenticate documents, among other reasons. In Asian countries, though, seals are also used for similar purposes, although not with wax. Today, even though wax seals aren’t commonly used, Asian seals, also known as chops, are still used on official documents and in signing creative work. Let’s talk briefly about both types, but specifically about my personal chop.

One of the neat aspects of the fountain pen community is that some people choose to become pen pals. Sometimes this gets formalized, like the yearly (in February) InCoWriMo or the Month of Letters challenges. Some people really have embraced sending letters to pen pals, and even use wax seals on their letters. Fun!

Western seals don’t have to be expensive. If you want to try something simple, pick up a wax seal with the first letter of your last name or a simple/iconic shape. How do you use them? Well, Brian Goulet to the rescue again with a video showing how to use a wax seal.

If, however, you want to go really custom, there are places that can make you a custom wax seal. Maybe you want to use your family coat of arms, or something else of significance to you. A couple of options I’ve seen mentioned on FPN include Dexter and Custom Wax n’ Seals. A couple of threads on FPN can start you down the path to finding something more custom:

Eastern seals traditionally use a type of red ink instead of wax. There are two primary styles, with a third, less common style:

Chops can be made in any local Chinatown or ordered online. There is a skill to doing this well, and it is truly an art form. For many westerners, their name is usually translated or transliterated into Chinese.

One interesting alternative is to use the Nihon font, something that @emraher kindly educated me about on Instagram. This font makes English look like an Asian character. It’s a very versatile font. 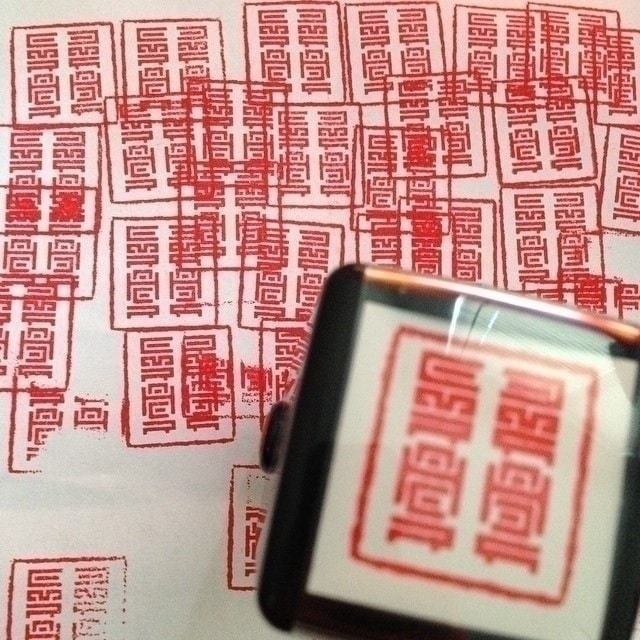 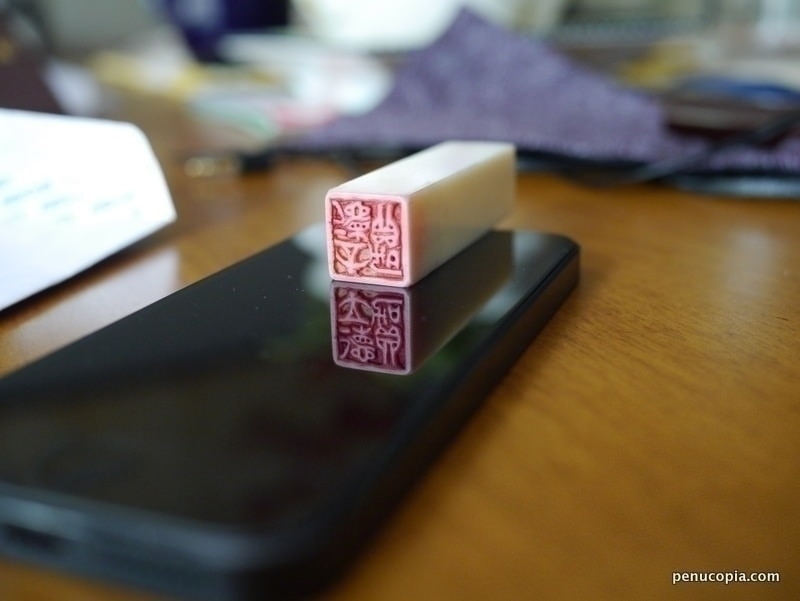 My chop is quite meaningful to me. My mother, who is from Taiwan, had mine made for me during one of the trips we took to Taiwan to visit my grandparents when I was very young. It represents my Chinese name, 賀立德, and is written in an old artistic style of Chinese writing. Having lost my mother too early (her mid-50′s), this is one of a few things that I still have which remind me deeply of her.

My chop is done in a very traditional script, and is a yang style chop, which I prefer. To me, I love the yang style because it takes a lot more skill and effort to carve and just looks better in my opinion. 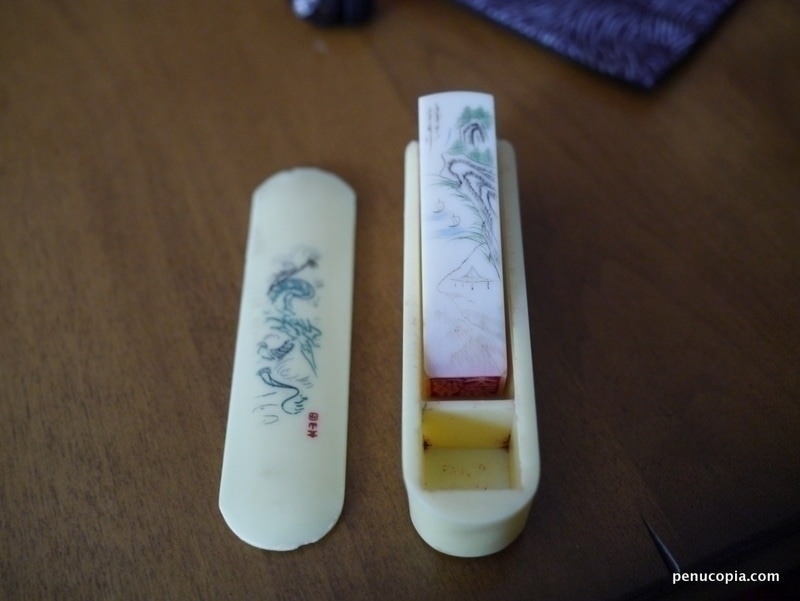 My chop came in a neat carrying case, making it portable. The lid slides off and holds the chop and a small ink pad. Being over 35 years old, the ink pad had completely dried up, and I had no simple way of re-inking it. While I was in China, I picked up some replacement cinnabar paste. But this was even more difficult to clean up than the regular red ink, and was less portable.

In addition to the original ink supply drying out, there were a couple other things that made my chop less than ideal for quick usage:

So I did some searching to see if anything met my criteria for a modern replica. Enter, ArtChops (formerly, Csymbol)…

If I was going to the trouble of having a replica of my existing chop made, I wanted it to be convenient to use on letters and other correspondence. I wanted the following benefits:

ArtChops appeared to have exactly what I wanted. They have the ability to take a name or phrase and create a chop out of it. Additionally, they can use a high-quality scan of an image and create a chop from that. But I wanted to be completely sure before I took the leap of having a replica made of my chop.

I opted to first create a chop of my Chinese name in a standard seal script font. Jun Shan of ArtChops/Csymbol turned it around in a few days, and I was quite pleased with the results. 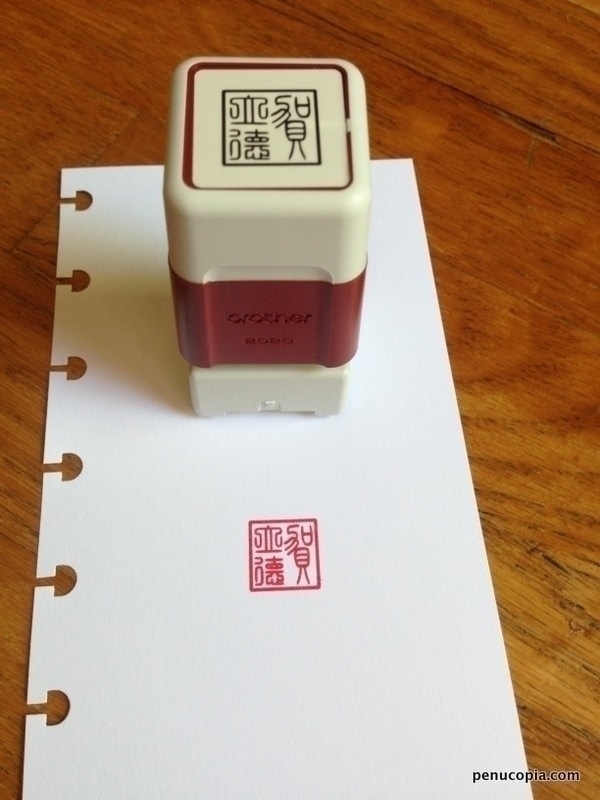 But the seal script font, even though lovely and traditional looking, didn’t quite have the same personal and aesthetic appeal as my original.

So I used my original chop and went about making dozens of imprints with it, trying to pick the one that best represented an ideal imprint. After I captured the “perfect” imprint, I scanned it and placed my order. Within a few days, my chop was done and on its way to me.

Even though this self-inking chop is larger than my original, it is very convenient to use and leaves no mess. I love using this, and seeing the imprint it leaves reminds me of my chop that my mother had made for me all those years ago. 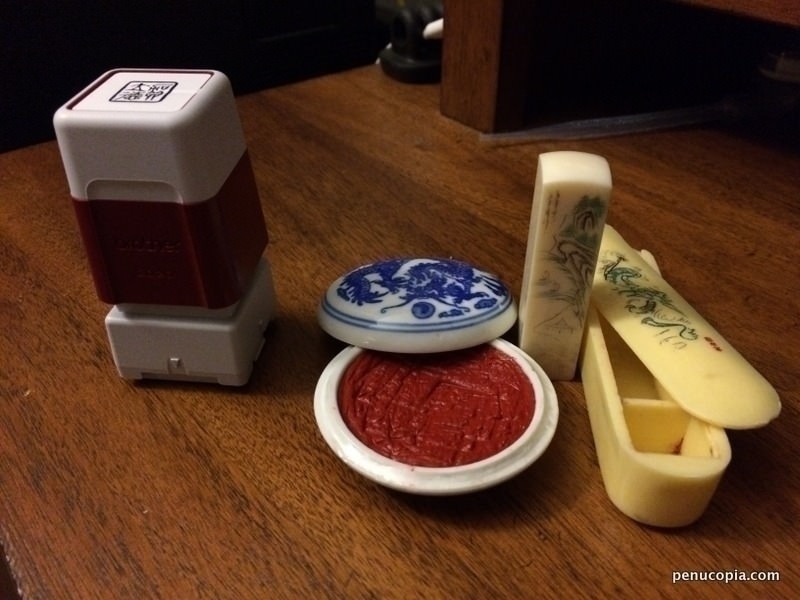 My original and replica chops 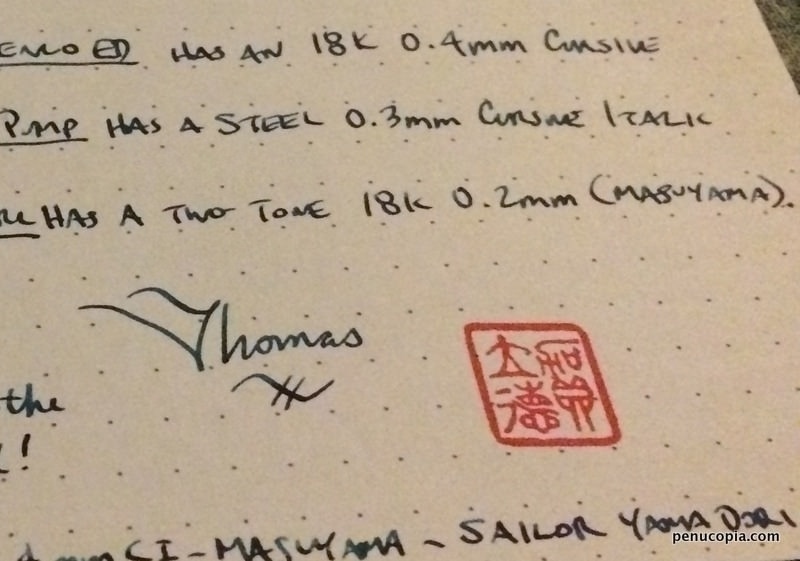